If you have read about the modalities, then you will be slightly familiar with the Fixed Signs.

Let’s take a deeper look at the fixed signs and how they are all linked together. 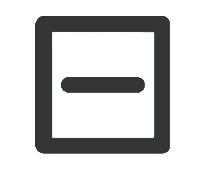 Fixed signs are part of the modalities. In astrology, the signs are grouped in fours known as a quadruplicity, based on their qualities.

These qualities are Cardinal, Fixed and Mutable.

For each element, there is one of each quality. The qualities are building blocks of astrology and are based on how each type of quality engages with the world.

What are the Fixed Signs?

The fixed signs in Astrology are:

The fixed Houses are the second, fifth, eighth and eleventh. So if someone had more planets in the 2nd, 5th, 8th and 11th houses, their energy and the energy of the chart would be weighted toward fixed and stable qualities.

Fixed Sun Signs Characteristics: What Are They?

Each of the fixed signs creates stability through the vehicle of their element.

A fixed earth sign (Taurus) digs into the earth, builds with real elements to construct a stable life.

For a fixed fire sign (Leo), this can mean a career of self-expression, and ongoing respect in their chosen fields.

For fixed water (Scorpio), permanence is found through achievement, and going deep into the timeless mysteries of the imagination, dreams, primal sexuality.

As fixed air, (Aquarius) fixes on a continuum that reaches into the future and can doggedly push for reform or spend a lifetime on their personal inventions.

If you do not know what your sun sign is, you can use our Modality Calculator which will tell you what your Sun Sign is.
It will also calculate all of your other planets as well.

Fixed signs fall in the middle of the cardinal, fixed, mutable sequence and serve as the continuation of what’s was created by the predecessor Cardinal sign.

Zodiac Signs in fixed signs are often steady and stable and of a ‘fixed nature’.

They fix things in place and can engage in sustained activity over an extended period.

Since fixed signs come along as the season is underway, they represent going deeper and pursuing the full realisation of what’s already begun. They can initiate, but their real gifts emerge when they’re able to sink deeply into an ongoing project.

The fixed signs have a remarkable ability to persevere, and often they’re models of individual productivity. They enjoy those peak moments of achievement but seem most at home with themselves when immersed in a continued, worthwhile, challenging pursuit.

The gift of fixed signs is that they can stick with something to the end. But it’s hard for them to let go, even when something appears to be a lost cause.

The fixed signs are not known for their flexibility and have a more challenging time with change than the other qualities.

On bad days, they can be dogmatic, rigid, stubborn, irritable.

Usually, there’s a mix of qualities in a birth chart, so nobody has to bear the weight of all those nasty traits.

Fixed signs or “fixed person” are a marvel when it comes to getting things done and that in their personal power. Because of this, these signs are often able to enjoy success in whatever they set their minds on.

However, sometimes it feels empty. They question and ponder if it’s what they want to be doing.

When they know that they’re heading on a path in harmony with their deeper soul calling, this is when they’re at their most potent.

Fixed Sign Differences: What’s the difference between the fixed signs based on the element?

The fixed signs are concerned with maintaining something, changing things, so they are the same as before or stabilising things. Fixed and changed appear to be contradictory. Imagine a house.

Every day it gets untidy and dirty. To keep it in its “normal” state, it must be changed – cleaned, tidied, etc. – so it remains the same.

A body needs to be regularly fed and watered if it is to maintain its state of being alive. There appears to be no change because there is a lot of change directed to keep a state, such as a clean house and a living body.

Another example is a field. If the field is not maintained (lots of change, like ploughing, setting seed, weeding, etc.) then the field will disappear as Nature reclaims it.

What is fixed is the clean house, the living body and the field.

What is changed is all the things that keep, for example, a field, a field and not a wilderness.

If you are looking at an overview guide to Fixed Signs, then look no further.  This is your hub for planets in retrograde.

Taurus wants to make the products of the self, including material wealth, permanent and fixed. Taureans do not like changes in their capital.

However, some people do not measure their lives by the wealth they accumulate, and these people are far less upset than Taureans when their personal wealth is threatened.

Leo is the middle fire sign, Leo always has to be in the middle, like the sun that happens to be Leo’s astrology symbol.

Like the sun, Leo is stable and radiant and helps to keep others under control, providing a solid foundation. Leo is steady, dependable, grand and makes its presence known.

Leo wants to keep its power. It wishes to be impressive and creative and maintain this relationship with others. It makes changes so that it remains in its power state.

Scorpio represents the power that water potentially has. If not properly contained, it can continuously wreak havoc on everything in its path.

Scorpio is loyal, full of energy and intensity and is similar to a raging river.

One of the fixed signs, Scorpio, with intense emotions, needs control and has to be under self-control; all the energy has to be harnessed to be effective, like putting a hydroelectric dam on the raging river.

Scorpio is fixed regarding their emotional reactions. They feel secure when they know what feelings others have. Scorpio makes changes; that seeks to understand the deep emotions that others have which motivate them.

Uranus ruled Aquarius is very unpredictable and erratic, seeking the truth from way up above the rest of the world

Aquarius wants to keep their beliefs, etc. concerning humanity fixed. Aquarians seek to maintain their friends. If they are revolutionaries, then they remain revolutionaries.