And What It Is Not

Is Astrology real? Is it a science? How does it all work?

As part of our learn astrology guide, we take a look at the basics.

Whether you’re new to Astrology or you’ve been doing it a while, this page is a good place to start. 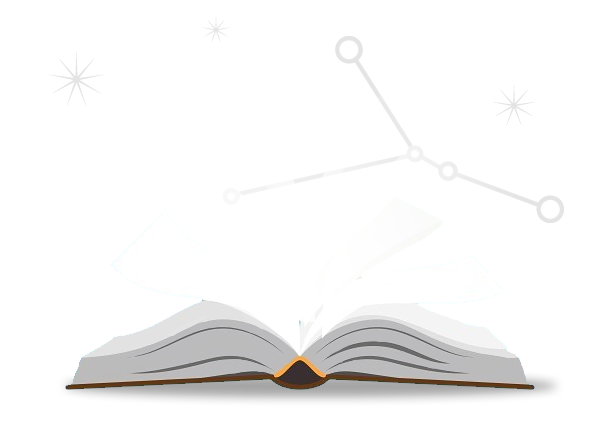 Okay, let’s start with the basics.

1. The definition of Astrology is the study of the hypothetical connection and correlation between;

2. It is used as a powerful and fun tool for understanding ourselves, other people, our relationships and meaning with each other and the world around us.

FACT: The word astrology is from the Greek word ‘astrologia‘.

The meaning of Astrology shows the “study of stars”

What Astrology Is Not

Important Note: We should probably point out the following for obvious reasons.

It is important to point this out because people who do not believe or follow Astrology will often use this as an argument against it.

Firstly, you need to discard the idea that all forms are superstition; hocus pocus mingled with the paranormal which can only be understood by mystical wise old folk.

In the modern era, some predictive astrology has been presented in this manner, but this is not true “traditional astrology”.

Like many other subjects, some people believe in it.

And some do not.

A Brief History Study Of Astrology

A Brief Study Of Astrology

Astrology has been dated to the 3rd millennium BC, with roots used to predict seasonal shifts and to interpret celestial cycles as signs of divine communications. Using the stars is even mentioned in The Bible.

Astrology beliefs come from observations and understanding of the position of the sun, moon and planets and other celestial objects. The beliefs of these things in Space and terrestrial events on Earth have influenced various aspects and elements of human history.

The practice of Astrology was considered a scholarly tradition, and it helped drive the development of astronomy.

Every ancient culture (Greeks, Romans, Egyptians etc.) had some form of science/religion that was concerned with patterns of movement in the stars and position of the moon.

The practice of Astrology was considered a scholarly tradition, and it helped drive the development of astronomy.

Ancient scientists observed and recorded the patterns they saw in the sky (Astronomy); then, they extrapolated those observations to fit their cosmology and life experiences (Astrology). 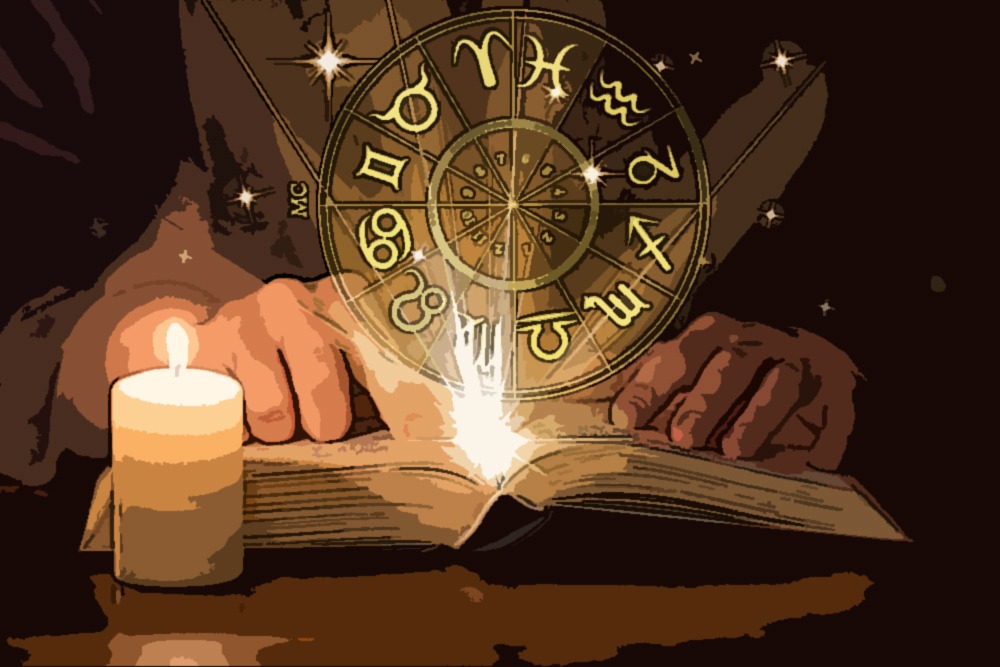 At this point, the 2 subjects were considered the same thing.

Even famous predictor Nostradamus  used both.

Early on, two varieties of astrology were in existence.

One that required the reading of a birth chart or horoscopes to establish precise details about the past, present and future.

The second the other being theurgic (literally meaning ‘god-work’), which emphasised the soul’s ascent to the stars.

As with much else, Greek influence played a crucial role in the transmission of astrological theory to Rome and the Romans.

However, our earliest references to demonstrate its arrival in Rome reveal its initial influence upon the lower orders of society, and display concern about uncritical recourse to the ideas of Babylonian ‘star-gazers’.

Among the Greeks and Romans, Babylonia and Babylonians became so identified with astrology that ‘Chaldean wisdom’ came to be a collective term for divination using planets and stars.

So it was considered a science in the early history of man?

Towards the end of the 17th century, upcoming scientific concepts in Astronomy were undermining the theory of astrology, which then led to the subject losing its academic standing.

It was commonly accepted in political and cultural circles, and some of its concepts were used in other traditional studies, such as alchemy, meteorology and medicine.

What eventually happened is, it was not given any credibility amongst a large majority of the public. And despite a great understanding of its importance, it is still divided. Even today, some still do with good reason.

Natal Astrology was regarded as a big deal.

But most people only know about sun signs and so they will call it nonsense where as people that know about the subject call it a science.

Astrology has gained broader consumer popularity through the influence of newspaper horoscopes and the astro in general.

As with many other forms of study in different fields, Astrology has variants from all over the world.

Chinese, Mayan, Vedic are just some various forms of astrology.

For this website, we will be primarily discussing what is commonly known as Western Astrology.

Western Astrology is considered the most popular amongst english speaking countries. With all references to horoscopes, compatibility and predictions using this form of Astrology.

It is also used to make predictions about national affairs and events, economies and wars.

Astrologists study the horoscope (aka the birth chart at moment of birth), astrology horoscope (articles often published in the press), astrological planets and houses and charts as a whole.

A popular and common form of Astrology is to know your “sun sign”.

A birth chart can tell a lot about someone, about love and relationships from reading a chart. You can read a birth chart online. Or have an astrologer read your birth chart.

Some astrologer predict events for people.

But mainly, they help with helping other people with understanding their natal chart, explaining their planets, their sun sign, relationships between the planets and houses, sun sign compatibility for romantic relationships, synastry planet understanding and more.

Chinese Astrology is used primarily by the Chinese and Chinese Culture.

Also called Hindu Astrology, is considered one of the oldest forms of astrology to exist.

This form originates from India and surrounding countries and it still used in marriage compatibility amongst Indian Culture.

Mayan Astrology is related to Mayan Culture and the Mayan Calendar.

The Mayans were typically located in Mexico and Latin America.

The Mayan, Aztec and Inca cultures of South America had complex astrology based on a zodiac of 20, including symbols like the jaguar, the earthquake, the ape, rain and the dog.

These systems have not been passed on because the civilisations themselves died out.

What Is The Difference Between Astrology & Astronomy?

The close spelling and the related subject often confuse people.

So before, we move on, let’s just address this:

What Is Astrology Used For?

Astrology is also used professionally in areas of work like psychology, business studies and profile analysis.

Even within western astrology, there is a considerable diversity of methods and philosophies.

This area of astrology is used to examine worldly events.

It is also used to make predictions about national affairs and events, economies and wars. Often Astrologers speculate on the outcome of political events like presidential elections and referendums.

This area of astrology can be subdivided further.

Generally refers to Astrology that seeks to make specific predictions or analyses about the subject’s objectives or events within the subject’s life.

Natal Astrology seeks to make predictions and analyses their natal chart based on the time, place and date of a person’s birth. It shows the planets on a cosmic map and the relationships between them.

What an astrologer tries to do is to read and describe birth chart tendencies in the characters of an individual.

Astrologers suggest dangers, energy patterns, challenges and opportunities that may come to them (based on their birth chart information – for example: Mercury in Scorpio in action with Pluto in Leo) and then advise how to react and take action to those circumstances when they present themselves in people’s lives.

The astrological houses explain where things happen in our lives and the planets explain how.

To discover and learn about your zodiac constellations, you would have to speak to an Astrologist.

Probably the most popular form in the world is Sun Sign Astrology. Aka the star horoscopes.

The basis for the horoscopes that you have seen in the daily press, newspapers and magazines. The horoscopes in the press are heavily generalised and thought of as purely entertainment.

It is also the foundation for most synastry compatibility between star signs.

An example could be Taurus is compatible with Virgo (because they are both earth signs), Pisces with Scorpio (both water signs), Libra with Gemini (both air signs) or Aries with Leo (both fire signs).

These comparisons are made because the each sign mentioned shares the same element. But for a more in-depth analysis on things like love, you would need to read and look at someone’s astrological chart.

They are not in Control

The planets and the signs do not cause anything to happen.

What they observe is synchrony – that things are taking place in sync.

One movement is flowing throughout our Space, Heavens, and Earth.

Instead of causing things to happen, the planets indicate things, describing what is already taking place.

So just a quick recap: 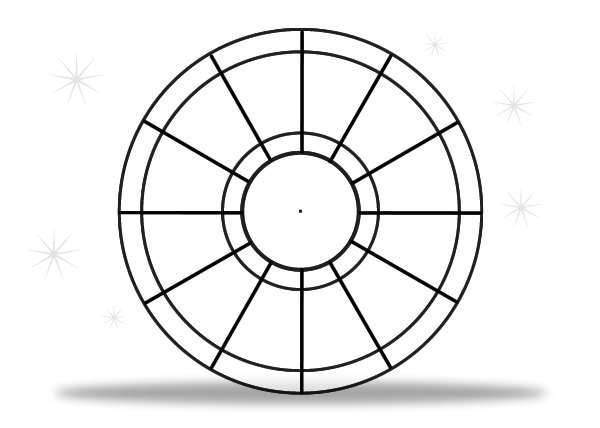