This page is about Uranus.

The seventh planet from the Sun, Uranus represents our individuality, chaos/change and innovation.

It is how we shoe originality, versatility and independence.

Let’s take a look at Uranus and Uranus Signs.

What Is Uranus In Astrology?

Uranus represents the unconscious urge to become aware of your true inner individuality (the Sun). Like a lightning bolt, Uranus symbolises sudden flashes of insight, unexpected changes, moments of revelation, and spurts of creativity.

Uranus’s energy is usually described as suddenness, revolution, change, shock, and disruption to everyday life. Like lightning, Uranus breaks into time and fractures our patterns and status quo.

New ideas break into ordinary streams of thought, bringing innovative solutions to stubborn problems. It is your intuition awakening you to a world beyond our social structure.

Uranus forces sudden changes when the usefulness of the old is gone, and something newer, something higher and better is ready to take its place. Uranus encompasses technology and all types of electronic devices.

Uranus speeds up the mind, making it bypass logic and arrive at conclusions by leaping from A to Z, shocking people. Uranus seeks alternatives to the standard and accepted forms.

At worst, it promotes eccentricity, perversion and rebellion.

There’s a bohemian aspect to Uranus, the planet of platonic spiritual love (Ruler of Aquarius). At best, Uranus can help us feel that sense of universal connection. It can awaken the humanitarian spirit, reminding us that sharing resources is the way to thrive collectively.

Festivals like Burning Man that abide by a “gift economy” and the modern-day collective systems like ride-shares, crowdfunding apps.

Communal living, co-working spaces and companies like Zipcar and TaskRabbit have “Uranus” written all over them.

Utopia is possible, as far as Uranus is concerned. But we all have to simmer down a little, think clearly and realise that in the end, it’s just all peace and love.

Uranus takes years to orbit all of the signs and so it’s location can affect entire generations.

The moon Chiron orbits between Saturn and Uranus.

The glyph of Uranus reveals the cross (matter) over the circle (spirit). The two semi-circles on the sides represent receptivity.

The second icon is the original icon for Uranus

Note: that the glyph of Uranus includes an inverted Venus! 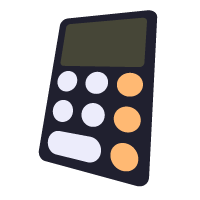 Uranus through The Signs – An Overview

So now that we have discussed Uranus, let’s take a little look at how Uranus manifests itself through the signs of the zodiac in a bit more detail. Every astrological sign has a specific set of qualities – positive and negative.

Uranus (to deviate) in Aries (energetic and urgent).

When Uranus is in Aries, the energy and assertiveness of Aries complement the forthright, nervous energy of Uranus.

Unless negatively aspected, Uranus here should endow plenty of originality and the motivation to use it in positive ways.

There will be erratic tendencies, however, and patience is not enhanced.

This placing highlights the search for what is new, out-of-the-ordinary and different.

Caution must be developed.

Uranus (to deviate) in Taurus (Enduring and Possessive).

You can make your ideas (Uranus) work because you are practical (earth) and persevering (fixed sign) in matters related to personal wealth.

However, you may have conflicts (Uranus in fall) between having new ideas and being somewhat slow to get started (Taurus, earth, fixed sign). And you may feel trapped in rules and regulations (earth) when you want to be free to do your own thing.

When Uranus is in Taurus, Uranus highlights its stubborn quality. If other fixed signs are prominent in the chart, the individual may proudly say, “Once I’ve made up my mind I don’t change it.”

Either way, this placement makes for opposing tendencies.

On the one hand, the fixed influence of Taurus makes one want to be conventional.

This clashes with the natural Uranian urge to break free from all conventions.

If the balance is achieved, we often find an original and practical individual, which is when Uranus in Taurus is at its best.

Uranus (to deviate) in Gemini (versatile and variable).

Here is excellent potential. If Mercury and Jupiter are well placed in the chart, this adds a sharp attitude and quick responses.

This is good for literary or academic work, a career in the media or communications. If poorly aspected, Gemini’s restlessness will be a problem.

If Mars is involved in negative aspects to Uranus, distress, worry, and headaches may be a problem. Relaxation techniques such as yoga may help.

Uranus (to deviate) in Cancer (Instinctive and Protective)

If you have Uranus sign in Cancer, friends may never know what to expect from you.

The Uranus sign is a cold, unemotional planet, always encouraging logical, clear-cut action, while Cancer is all intuition and very emotional.

If Uranus is a personal planet, this can be a source of tension for the individual.

Instead of trying to choose between opposing extremes, the individual would do well to let one complement the other.

At its best, this placing enhances the imagination,

Uranus (to deviate) in Leo (impressive and creative)

Here is increased energy and boldness. Because of Leo’s fixed quality, stubbornness may be a problem.

Self-confidence is boosted, and sometimes there is a liking for power.

If properly managed, a talent for leadership arises. These individuals often have a creative flair.

Uranus (to deviate) in Virgo (Analytical and Critical)

Uranus in Virgo is a potential source of tension for people, especially if the individual is somewhat nervous or anxious, or if stress is evident in other areas of the chart.

These energies can be put to good use as they will inject the mind with the ability to analyse and research, and will also encourage absolute originality of approach to any problem or project that is under consideration.

Since Virgo is an earth sign, it tends to be conventional – the familiar and well-tried is preferred, yet Uranus’ influence is quite the reverse, encouraging original thoughts and actions, and often unusual behaviour.

Uranus (to deviate) in Libra (Diplomatic and Harmonious)

Libra will add glamour, more power of attraction, and more of a romantic streak to Uranus.

But if Uranus or Venus is a personal planet, problems may arise when the Uranian desire for independence fights with the Libran desire to relate to others.

In this case, the individual may want a partnership but not a partner.

This placing of Uranus makes for an excellent, caring, helpful, and sympathetic friend.

These traits should be developed for use in intimate relationships as well.

Uranus (to deviate) in Scorpio (Intense and Secretive)

If you have Uranus in Scorpio, this placement gives extra power and intensity.

You are brave and daring but tend to avoid showing emotions or even reject them.

These individuals should find constructive outlets for their emotional tension.

This placing indicates a potential, or need, for power.

This influence will be most significant if the Sun, Moon, or Ascendant is in Scorpio, or if Uranus is near the Midheaven.

This need for power streams from a desire to help heal the world in some way.

There is excellent potential here, but misdirected energy may drag the life of these individuals down.

Uranus (to deviate) in Sagittarius (Free and Tolerant)

Here Uranus in Sagittarius opens the mind and makes it more original.

This placement makes for an energetic individual with a good sense of humour and great brains.

The Sagittarian influence adds an adventurous spirit to the Uranian humanitarian desire.

This combination implies that these people will be useful in fixing our world.

Uranus (to deviate) in Capricorn (Prudent and Reserved)

Here Uranus is somewhat boxed in by Saturn and Capricorn.

The benefit is the ability to put problems into a coherent and logical perspective.

However, the conflict will arise when Uranus’s unpredictability and shock tactics try to express themselves.

Capricorn is the most conventional sign, preferring to do things “the proper way.”

Here Uranus’s energy is concentrated and may be put to good use.

Uranus (to deviate) in Aquarius (Indifferent and Unconventional)

Uranus rules Aquarius, so these people will have many of the general Aquarian traits.

They may be friendly and humanitarian, but independent and emotionally detached.

Uranus’s influence is higher than usual here because it’s in its own sign.

As always, its power increases even more if Uranus is a personal planet in the chart.

Uranus (to deviate) in Pisces (Impressionable and Inspirational)

Uranus in Neptune-ruled Pisces is where Here idealism, sympathy, sensitivity, and sacrifice for others is joined with humanitarianism and logical thinking.

There is much creative potential here.

As with any potential, it must be channelled correctly or else the individual must beware of escapist tendencies.

These are helpful people.